Last Cast Takes Minnetonka and Ties for Team of the Year Lead!

The Minnesota Bass Tour wrapped up its last regular season tournament this past Sunday on Lake Minnetonka! The tournament, presented by Denali Fishing Rods, was met with excitement by anglers as we blasted off to a beautiful smoke-hazed sunrise from Lake Minnetonka Regional Park. This was the 8th time we have fished this lake and once again presented a day of learning and new experiences!

As is done after each tournament day, anglers circled up at weigh-in to go team by team for what worked, what didn’t, and who had a wave runner come the closest to them during the day!

For the most part, the bite was generally great for anglers throughout the calmer morning. However, conditions changed as the recreational traffic began to “a wake” in the morning. For teams, it turned into “junk fishing” bite at this point: one bite here, one bite there and few mega bites that ‘Tonka is typically is known for.

Last Cast is First at the Scales

Despite the reluctant bite, it was Team Last Cast of Mark Wessel and Paul Hecht that took home first place and a new pair of Denali fishing rods with a total weight of 16.95 lbs! Mark and Paul have historically done well on this lake in the past, typically finishing in the top 5. These guys found fish in various parts of the western basin, coming upon a small school that resulted in most of their eventual winning bag. Neko rigs and jig worms were the right mix for them.

The field was rounded out by other teams that were already at the top of the Team of the Year race. The DD’s Dane Dornbush and Dan Lindahl caught 16.50 lbs to garner 2nd place. They found fish on weed edges using ned rigs and jig worms.

Coming in 3rd place was the team leading the Team of the Year race coming into the day, Dan Cochran and Bill Lindaugh as Team Roboworm. These guys caught 15.80 lbs and found their fish on weed edges too, jig worms and 10” Texas rig worms were what got them their weight.

The DD’s caught the Blackfish Gear Big Bass of the day, a 4.70 lb “te-tonka” that ate up a ned rig on the weedline. Along with the $100 side pot cash and Big Bass Wrestling Belt, Dane Dornbush and Dan Lindahl receive their choice of technical gear shirts courtesy of Blackfish! Check out all their innovative apparel at the Blackfish website and Facebook page! 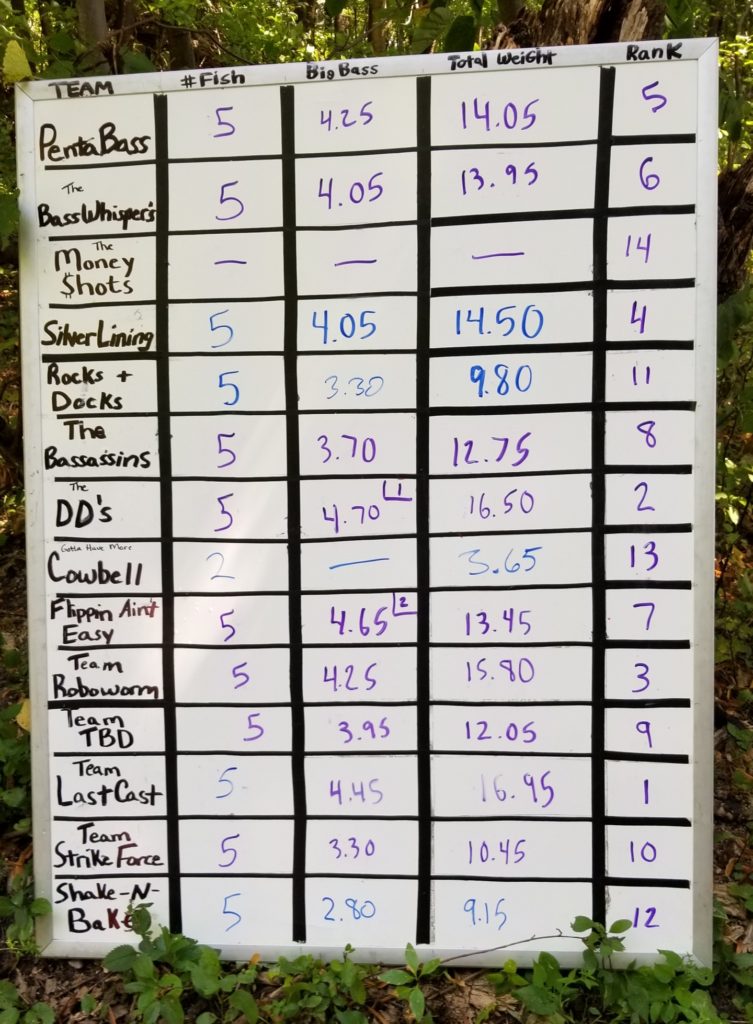 Thank you to our event sponsor Denali Fishing Rods and our Platinum Sponsors of Quantum Fishing, Clam Outdoors, and Blackfish Gear for their support of the Minnesota Bass Tour!

Last Cast’s win today on Minnetonka put them right at the top of the Team of the Year race and tied, yes TIED with Team Roboworm at 54 points! This is the first tie we have had going into the Tournament of Champions and will build up even more excitement as that date draws closer!

Not far behind are The DD’s at 50 points and a handful of teams in the 40 point range. The way the field plays and day on the water can go, there could still be more excitement from the broader field for who take eventual Team of the Year on Gull Lake! 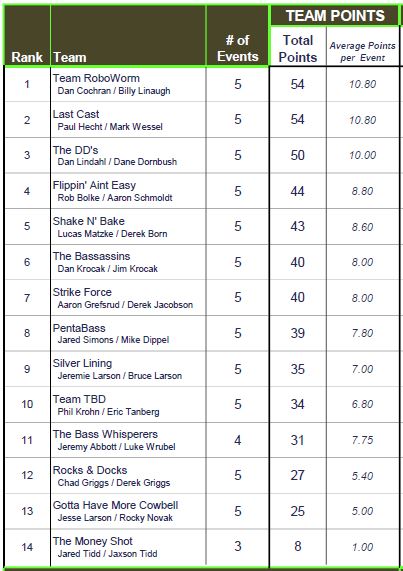 Season 8 of the Minnesota Bass Tour is racing towards an exciting finish as we travel north to crown the 2018 Team of the Year!

Teams will be arriving to Gull Lake September 15th and 16th to battle it out in our 2-day tournament format. Unique to the Minnesota Bass Tour, teams will earn points based on their finish EACH DAY of the weekend which typically results in lots of movement in rankings from day 1 to day 2!

What’s more, because we have such a tight race, there can be some surprises for who jumps in the standings to win the weekend or coveted title! Team of the Year winners will be getting their own full set of Blackfish Rain Gear along with the winning dollar amount.

Stay tuned to our Facebook page as we prepare ourselves for the season finale of the Minnesota Bass Tour! 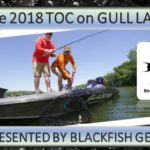